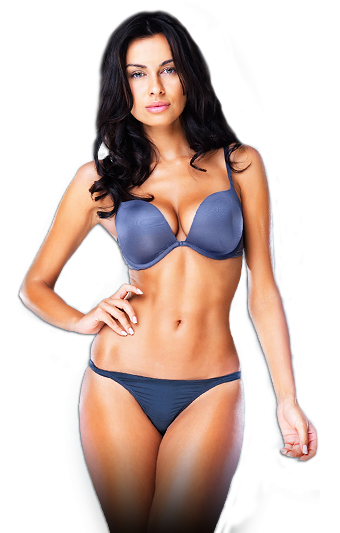 This site is for adults only!

This web site contains sexually explicit material
Please carefully read the following before entering onlygolddigger.com (the “Website”). This Website is for use solely by responsible adults over 18-years old (or the age of consent in the jurisdiction from which it is being accessed). The materials that are available on the Website may include graphic visual depictions and descriptions of nudity and sexual activity and must not be accessed by anyone who is younger than 18-years old. Visiting this Website if you are under 18-years old may be prohibited by federal, state, or local laws. By clicking "I Agree" below, you are making the following statements: - I am an adult, at least 18-years old, and I have the legal right to possess adult material in my community. - I will not allow any persons under 18-years old to have access to any of the materials contained within this Website. - I am voluntarily choosing to access the Website because I want to view, read, or hear the various materials which are available. - I do not find images of nude adults, adults engaged in sexual acts, or other sexual material to be offensive or objectionable. - I will leave the Website immediately if I am in anyway offended by the sexual nature of any material. - I understand and will abide by the standards and laws of my community. - By logging on and viewing any part of the Website, I will not hold the owners of the Website or its employees responsible for any materials located on the Website. - I acknowledge that my use of the Website is governed by the Website’s Terms of Service Agreement and the Website’s Privacy Policy, which I have carefully reviewed and accepted, and I am legally bound by the Terms of Service Agreement. By clicking "I Agree - Enter," you state that all the above is true, that you want to enter the Website, and that you will abide by the Terms of Service Agreement and the Privacy Policy. If you do not agree, click on the "Exit" button below and exit the Website.
I AGREE - ENTER EXIT

Dont forget! Our Members are allowed to use their Membership on Every Bonus Site of our Network!
Watch the trailer About the movie Pictures of this movie

Mario (RAUL COSTA) wants to impress Gold Digger Szilvia (VIVIANA) with his boat at the lake, but she is expecting a yacht and not a little boat with an outboard motor! She badly needs to fuck as she likes only sex and rich guys - but mostly sex. So he takes her to a friend`s house to fuck her. They have hot sex but afterwards he says he is going back to the lake to relax, fish and enjoy his boat. She can take the bus into town and find a new cokehead boyfriend who likes gold diggers!

The sun is shining, the sky is blue and Mario (RAUL COSTA) is hoping to have some relaxation at the lakeside. With him is his new Gold digger girlfriend Szilvia ( sexy VIVIANA from Romania). Trouble happens when RAUL shows her his boat - its just a modestly small one with an outboard motor. But VIVIANA dreams of Monte Carlo and has been expecting a large yacht on the small lake!

We cut to the house and the smart lounge. VIVIANA does not waste time. She drops to her knees and starts tugging on RAUL`s large dick. He stuffs it into her mouth as she chokes on his manmeat. The whore licks away and sucks his knob with gusto which only turns him on all the more. Pushing her backward over a low metal table, RAUL spread`s the slut`s legs and starts licking and fingering her moist, shaved tight cunt. She moans in delight. He inserts one, two, three fingers and frigs the bitch, turning her on. Next he has his tongue on her pussy and burying deep for the clit. She loves the way he licks her...

First position is missionary as RAUL slides his cock deeply into her lovebox. The whore moans in ecstasy. VIVIANA is a very cute brunette with a toned and fit body. She clearly loves to fuck. RAUL increases speed, slamming his cock deep within her. Suddenly he swings our Gold Digger around and starts to hammer her doggy style. Its a great position for hammer-fucking and soon our stud is slamming his ten inches up inside the walls of her cunt as VIVIANA moans loud and asks for more. In and out, in and out, RAUL increases his speed and length as he piston whips the slut`s vagina.

Dropping to the floor, next up is cowgirl position. VIVIANA gets on top and slides RAUL`s greasy manmeat deep inside her. She arches her back sticking out her tight butt so that the cheeks stand out. Soon the guy is slamming his cock up and down her cunt as she rides him and moans in ecstasy, clearly a whore who enjoys her work ! When RAUL has finished a long and sweaty workout, VIVIANA gets off and sucks the cock, slurping on her own cunt juices. Then she switches positions and now rides him reverse cowgirl style. We can appreciate her tight teen-style body, natural boobs and very pretty face. Our stud keeps up the pace and continues slamming dick deep inside the little bitch. VIVIANA moans with pleasure.

Later RAUL says he is going back to the lake - he wants to enjoy his boat and do some fishing. He advises our Gold Digger to take a bus into town and find herself a new guy - some rich cokehead who likes to waste money on sluts and wants a Gold Digger girl friend!

Exclusive Videos
You won't see these videos anywhere else!

Updated Reguraly
Exclusive videos every week to shoot your load!